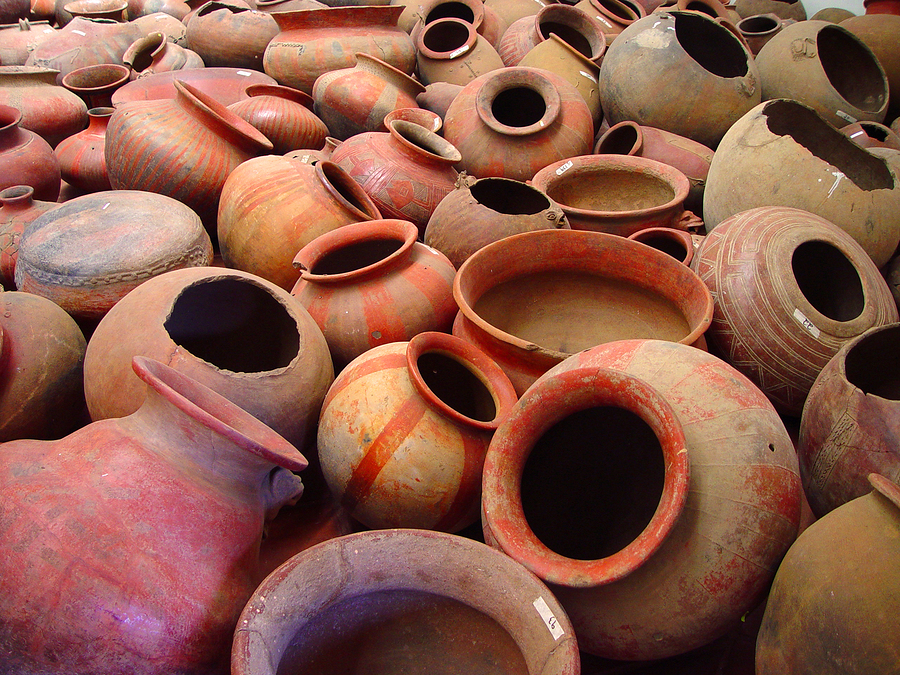 Another jar story. I couldn’t resist. Here a full jar begins the story, but by the end, the abundance has been miraculous. This widow is a believer, but her husband’s death has left the family in a financial crisis. She and her boys have nothing to live on, but that’s not the main concern. Creditors threaten to take her children as slaves. She comes to Elisha the prophet willing to do whatever he tells her. Obedient, needing only direction. Elisha sends her to collect all the jars she can find. The boys scurry from house to house asking to borrow any extra jars. Large, small, they slowly fill the small house. Then, she brings out the only thing she has—a little oil. She closes the door and begins to pour.

“When all the jars were full, she said to her son, ‘Bring me another one.’ But he replied, ‘There is not a jar left.’ Then the oil stopped flowing. She went and told the man of God, and he said, ‘Go, sell the oil and pay your debts. You and your sons can live on what is left.’”(2 Kings 4:6,7 NIV)

And guessing from the quality of Jesus’ wine at the wedding in Cana, this would be some EVOO Rachel Ray would proudly use. Imagine the awe, the dropped jaws as the little jar filled big ones. The wonder at God’s provision. The humility of knowing God saw and cared and moved on their behalf.

Cultivate such willingness to obey that all you need is direction.

How? One choice at a time.

“The smallest good act today is the capture of a strategic point from which, a few months later, you may be able to go on to victories you never dreamed of.”  C. S. Lewis

How willing are you to obey?

When is obedience easy?

When is it hard?

Does obedience get easier? Is there a process at work?

When has your obedience opened the way for a greater revelation of God?