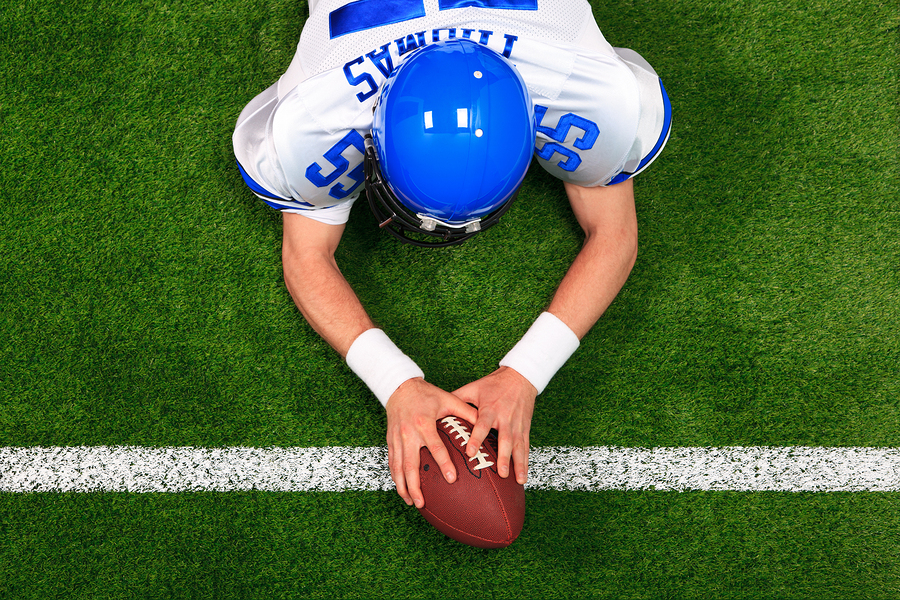 “Fumble!” My walls shake with the sound waves and I know every neighbor within a half-mile radius can hear my husband. You see, fall means football at our house. As a mother of three boys, receivers and safeties, and wife to a former quarterback, I faced spending the autumn months in solitude—or learning the game. I learned quickly and I can run pass routes like the pros.

So here’s a little Football 101: Fumbles.

When a player drops the ball, it’s called a fumble. The offense (the guys with the ball) tries to advance the ball in hopes of scoring, so dropping the thing is bad. Bad because if you happen to fall on the ball and get it back, you just lost a play and you only get four shots to go ten yards. Bad because if you weren’t lucky enough to get the ball back, you just lost your turn and now the other guys have it. Bummer.

God was prepping for football analogies back in Old Testament times. Check out this verse from 1 Samuel 3:19:

The LORD was with Samuel as he grew up, and he (Samuel) let none of his (God’s) words fall to the ground.

I love this verse. We are talking about Samuel’s growing up years, from preschool to his hairy-legged, smelly teenaged years. And what defined those years?

He may have been sacked, tackled, and dog piled, but he never fumbled.

Coach Jimmy Johnson often told his players to “Hold on” instead of “Don’t fumble” because in the noise of the game, the tendency was to hear “…fumble.” Then they would. However, all players know to yell when the ball squirts out because it alerts anyone near the ball to get on it. To this day, when a player drops the ball, my husband screams, “Fumble!” Why?

Because recovering what has been dropped is critical.

So, how’s your ball handling? Are you holding on to God’s Word? Do you clutch it loosely in one hand as you scramble? Does it slip off your fingers for an incomplete pass? If you fumble, do you fall on the ball in an attempt to recover it?

Assistant Coach Samuel yells from the sidelines, “Hold on!”

How much contact do you have with God’s Word? How often do you read the playbook?

How does your practice affect your game time—real world situations requiring you to apply God’s Word?

How do you think Samuel held on?

How can you hold on too? Memorize? Read? Meditate on one verse? Music?

Pick one thing to try this week.